The first few times we went to a potluck dinner at the community down the road, we were served a savory treat called zacusca. It was brought out from the pantry in pint jars and reverently placed on the table, next to the precious homemade goat cheese. Clearly, this was something special.

We broke bread, spread goat cheese, and then topped it with zacusca.  Wow! I had never tasted anything quite like it. It’s not baba ganoush exactly, not a caponata sauce exactly, but somewhat similar.  Apparently it is Romanian in origin, and is a great way to preserve an abundant harvest of eggplant, peppers, tomatoes, and onion.

My friend Beth and I decided to tackle some zacusca this year.  We purchased two large banana boxes full of eggplant, peppers, and onion (which cost less than $13 for over 20 lbs of produce – unbelievable!) from our Amish neighbor, and got some huge paste tomatoes from another neighbor.  We followed this recipe on Food.com, but adjusted it according to the amounts of produce we had and changed around some of the directions. I figured it was hard to mess up such a dish.

Please do check out the recipe on Food.com for full instructions, but the basic gist of zacusca-making is as follows:

I have to admit: this was an enormous job. The steps for preparing each vegetable took time and effort and I was very happy to have two adults (sometimes three) on the job. But the flavor is rich, savory, and intense, perfect for use as a dip with pita, a spread for bread, or a topping for polenta or pasta. I imagine cracking open a precious jar in February and tasting the end-of-summer harvest.

Thanks for stopping by! I'm Teri, wife and mama to two little ones, ages 2 and 5. Our family recently moved to Northeast Missouri, where we are creating an off-grid homestead. In this space I share some of our adventures in growing, building, parenting, homeschooling, crafting, and creating a radical homestead.

I read and truly enjoy each and every comment left here. Please feel free to say hello or ask questions, and check back for my response.
Thank you! 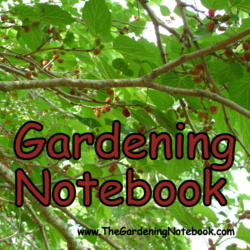 © Homestead Honey, 2012-2013. Unauthorized use and/or duplication of this material without express and written permission is strictly prohibited. Excerpts and links may be used, provided that full and clear credit is given to Teri and Homestead Honey with appropriate and specific direction to the original content.
Loading Comments...
%d bloggers like this: